IVRPA Board of Directors, 2020

As a founding member of the IQTVRA, Loren is the longest serving member of the IVRPA and is its current president. His first 360 experience was at Disneyland's Circarama theater in 1965 with the America the Beautiful film. His experience includes working with small and large clients in real estate, automotive, healthcare, and travel destinations.…

I have worked in many capacities within the fields of education, information technology, multi-media and instructional design, in the UK, Saudi Arabia, Romania, and the USA. An avid Photographer for most of my life I began exploring 360 VR Photography while working with faculty and students, and in 2010 attended the IVRPA Conference in Tucson.…

Gavin Farrell is the co-founder of the cinematic VR company Panogs, an Emmy-award winning VR filmmaker, the host of The Panographers, and in 2018 his panoramic gigapixel work was published by Taschen in the sumo-sized edition book: Murals of Tibet. Gavin has been involved with IVRPA since Tucson 2010 when he assisted xRez Studio with… 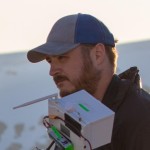 I got my start into panoramic photography in 2012 when I joined the Google Business View program and immediately got hooked on VR and immersive content creation, jumping head-first into 360 video and more. Later founded 360 Labs in 2014, a VR production company based in Portland, Oregon, specializing in cinematic quality 360 content creation…

Ms. Bedell serves as the staff leadership for IVRPA. Her father and sister are both successful photographer/videographers in Southern California and she has been around similar businesses for decades. Ms. Bedell has two marketing degrees and completed PhD coursework in nonprofit leadership. Her forte is building communities (both digital and association), increasing membership and strengthening…