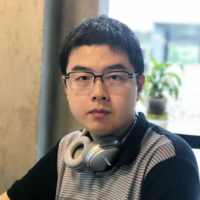 
|
From Beijing, China, Yuqing Guo is a 360 VR photography maniac! Guo has given presentations about his work in 360 VR photography at Photoworld Magazine, a publication for which he has also written articles about panoramic photography. In 2018 and 2015, Guo won the Silver Award in the 360/VR category at the EPSON International Pano Awards. In 2018 he was also the highest scoring IVRPA member in any category. Guo has been attending the IVRPA conferences since PRAGUE 2015.