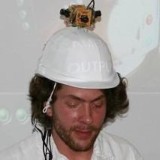 
|
Jeffrey Martin has been a part of the panoramic imaging community for ten years. He founded 360cities.net in 2006 which has grown to a community of 10,000 members with more than a quarter million 360º photos from 195 countries. Jeffrey is a creator of gigapixel imagery as well as the founder of Sphericam, a 360º video camera. He lives in Prague, Czech Republic.