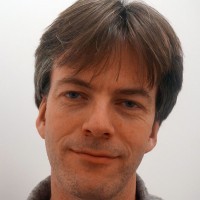 In 2000, when trying to create a panoramic photo, Joost stumbled upon Helmut Dersch's Panorama Tools and decided to create a graphical user interface for it. In the following years PTGui has evolved continuously into a full featured panoramic stitching application.

Fast: PTGui is blazing fast! Thanks to OpenCL GPU acceleration PTGui is able to stitch a 1 Gigapixel panorama in about 25 seconds on modest hardware.

Automatic: Just drop your photos into PTGui and it will figure out how they overlap. PTGui can stitch multiple rows of images and supports all lenses, including fisheyes.

Powerful: PTGui gives you full control over the result, enabling you to create perfect panoramas even of difficult scenes, where other stitchers fail.