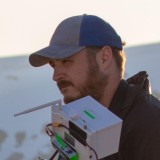 Forum Member
IVRPA Professional Member
IVRPA Director
I got my start into panoramic photography in 2012 when I joined the Google Business View program and immediately got hooked on VR and immersive content creation, jumping head-first into 360 video and more. Later founded 360 Labs in 2014, a VR production company based in Portland, Oregon, specializing in cinematic quality 360 content creation for brands and enterprise since 2014.