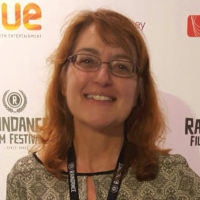 |
Nathalie Mathe is an award winning Virtual Reality creator and animation and documentary shorts director. She runs NativeVR, a VR studio crafting unique experiences, in which she created and produced UTURN, an interactive 360 comedy examining gender inequalities in the tech industry. Over the past four years she contributed to over 35 cinematic Virtual Reality projects for Google, Chevrolet/Facebok, USPS, Jaunt and ConditionOne. For twelve years, she was one of the few women creating visual effects on feature films like Fast & Furious 6, Skyfall and Dark Knight Rises. She is a certified Kolor instructor.