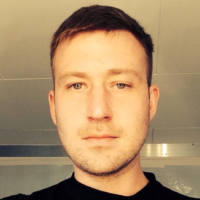 |
Richard started his career in the music industry at age seventeen, working for a music production company in Europe. After a decade working alongside major recording companies and artists, Richard jumped into the technology sector. Richard began working for an app development firm where they created one of the first VR mobile players. After successfully launching several award-winning mobile VR experiences with the firm, Richard and his development team ventured off to found Wemersive in 2012. Since then, Wemersive has powered some of the greatest Mobile VR experiences on the market.