The 2005 Summit in Savannah focuses on immersive technologies, both photographic and computer generated. Spectacular 360° panoramas such as these are used to showcase everything from real estate and automobiles, to the historic aircraft in the collection of renowned museums.. The best artists and developers in the world will be in Savannah, Georgia from September 26th-30th for the Summit in Savannah.

The event will begin with three days of seminars on immersive techniques such as Photoshop, web development, and interactive authoring. Followed by two days of hands-on workshops. The final day of the Summit will be a bonus field trip shooting in the great historic homes of Savannah. As a special attraction there will be an art show featuring work by the attendees and open to the general public. 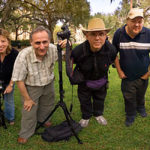 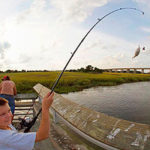 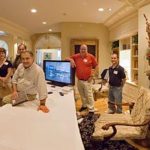 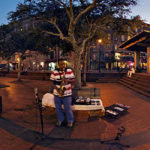 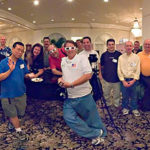 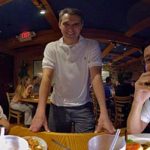 Virtual Reality is perhaps the most important new marketing tool since the invention of the internet. VR images allow shoppers to use their mouse to step into a room or hold an object in their virtual hands. As a creative medium, it allows artists to realize worlds that could previously exist only in their minds.

The Summit in Savannah is this year's premier event for anyone involved or interested in creating VR immersive environments and VR objects. The 5-day conference will include sessions and instruction with the latest software and hardware including photography, image editing, VR authoring, interactivity, audio, and video. The hands-on workshops offer instruction in specific areas of expertise by the world's foremost practitioners. To learn more about the individual speakers click on their name in the session descriptions.

Some sessions will be presented multiple times so that all attendees will have the opportunity to see their favorites. Bring your laptop, or use one of ours in the computer lab. There will be free internet access in designated areas for WiFi equipped computers. Unless otherwise noted, all sessions are held at the Mulberry Hotel, the Official Hotel of the 2005 Summit in Savannah.