The Making of "as it is": A Grand Canyon VR Documentary

360 Labs co-founder Thomas Hayden and editor/producer Rachel Bracker discuss the journey behind the making of "as it is," a virtual reality documentary about grassroots activists working to save the Grand Canyon from a controversial development proposal.

Their talk will explore the challenges of filming in remote locations, the considerations necessary for telling a story in 360 space, and the process of applying journalistic standards to reporting done in virtual reality.

Thomas explains how a fateful river trip through the Grand Canyon in 2014 sparked the idea for a documentary with a clear mission: transport viewers to the Canyon and inspire them to want to protect it. From managing cameras on multiday rafting expeditions to planning remote hikes with thousands of vertical miles to get the perfect shot, Thomas shares his advice on capturing a story as big as the Canyon itself.

Journalistic Practices in VR and the Art of 360 Editing

Rachel is an advocate for 360 video in the newsroom and believes that VR's ability to connect viewers to sources makes it one of the strongest tools in multimedia journalism today. She'll discuss her method for applying journalistic standards to VR, what she's learned (and unlearned) working in a 360 space, and best practices for interviewing sources for 360 documentaries. She will also explain how the immersive nature of VR shapes the entire editing process and influences each decision during post-production. 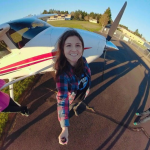 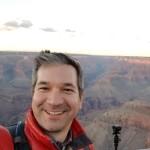 With more than a decade in VR, Thomas Hayden helped pioneer the new, immersive medium of 360° video. World class brands like Google, Daimler, the US Coast Guard, and Columbia Sportswear trust his 360 vision. Thomas learned to tell a story around a campfire as a wilderness guide on the Colorado Plateau and in Alaska.…