Since I discovered 360 interactive photography in 1995, I haven’t stopped to work and investigate every related technology. Co-founder in 1998 of Abaco Digital, I have worked on hundreds of VR projects from 360 photography to stereo 360 video now.

Among them I have worked on National Geographic, UNICEF, World Bank, and MSF; collaborating with some of the best VR producers, Visualise, Surround Vision, Picture This Productions, KonceptVR, and Black Dot Films.

In my talk, I will share some BTS footage of shootings in some difficult situations in remote locations as Antartica, Pakistan, South Sudan, Ethiopia, Niger, Mali, Tchad, Rwanda. 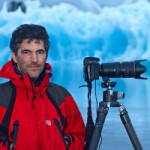