Koncept VR has been on the forefront of 360 video content creation for many years now, with over 150 commercial productions, ranging from entertainment to industrial, from journalism to NGOs, from social media marketing to mini docs. Making the story the center of the experience is what makes the Koncept VR team so successful over the years.

One of the greatest powers of VR is bringing the daily struggles of communities in remote places to people who can help. The two-part story of Cheru, a little girl in West Pokot, Kenya, is one such example. It inspired people around the world to donate money and sponsor children through World Vision. But more importantly, it ultimately was the trigger for enormous change in Cheru's own community.

SAM Car is an initiative of Arrow Electronics. It is a semi-autonomous Corvette that allows handicapped people to drive the car with minimal input. The Silver Shorty Awards winning mini 360 doc follows William ‘Buddy’ Marschall, a quadriplegic former Navy F18 pilot, and how he is experiencing driving a car by himself for the first time since his accident, only using his head-movement for steering and his breath for acceleration and deceleration, and how important bodily autonomy is for handicapped people. 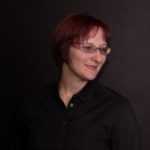 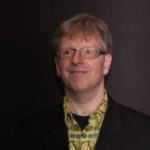