From Description to Communication: Enhancing Interactivity in Virtual Reality Imaging

Luca-Nicolò Vascon & Chiara Masiero Sgrinzatt will discuss using 360° highly interactive content to tell amazing stories, introduce users to immersive experiences, and involve them in the narrative through a path of discovery at the IVRPA Tokyo 2018 Conference.

Four examples of enhanced interaction, four stories are written in 360.

These are 'time machines' that let you see the world with different eyes; augmented room explorations with access to multimedia content; and gigapixel panoramas used as an interface, to create a bridge with physical space in site-specific contexts. 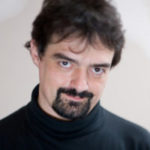 Luca-Nicolò Vascon is an immersive imaging pioneer, he designs and develops visual content, specialising in virtual reality technologies. He is active in R&D, keeping workshops in various universities since 2003. 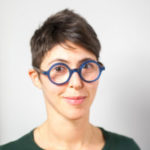 Chiara Masiero Sgrinzatto is a visual designer based in Venezia, specialising in immersive contents and illustrations.