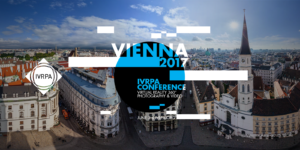 On June 3-6, 2017, Vienna, Austria will be the Virtual Reality capital of the world!

Spanning four days, experts, innovators and other key players in 360 photography and VR video will be presenting, demonstrating and discussing the present and future of these industries. The marketplace is open to the public. Seats are limited, Buy your ticket now!

The event also marks the second time Google Street View has hosted a photography competition. Enrolled photographers will be invited to celebrate the best that Vienna has to offer. Published 360 panoramas will be judged by a panel of industry veterans, prizes will be awarded, and the collective results will be promoted on Google Street View.

The Marketplace is open free to the public on June 3-6, 2017, from 10 am to 5:30 pm. Come to the Marketplace to meet the manufacturers of equipment and software for the VR industry. A unique opportunity.

Whatever parts of the 360 Panorama and VR worlds interest you, this is going to be a milestone event!

The IVRPA is an international association of professionals who create and produce 360° immersive, interactive images and videos also called 360° panoramas and cinematic VR. Our members include professional photographers, programmers, web developers, designers, software developers, hardware manufactures, artists and enthusiasts, who produce and use 360° imaging techniques.